When a 60-year-old father of the bride recently questioned me about the necessity of a photo booth, my only response was to lightly shove him into the photo booth with his group of delightfully tipsy wedding guests. Dads. They were all dad to someone at the wedding, and they initially had a hard time understanding why ‘the kids’ would queue at the photo booth. Surely the fact that everyone had cell phones meant that this was gimmicky (and I suspect one of many things that had tallied up to the seemingly inevitable blowing of the wedding budget…)

The first photo on the strip was pretty tame, with the group uncomfortably shuffling around, half-smiling. Photo number 1 appearing on screen showed some half-closed eyes and mouths caught mid-sentence, which set us up for some roars of laughter which made their way onto photo number 2.  We were getting there… But when photo 3 presented us with a rogue member of the unit unexpectedly donning a Rastafarian head piece, we were in business!

While I was gratified to see them experiencing the booth for what it was – just a lot of fun! – the real winning moment for me was later that evening, when the leader of the pack pulled his daughter by the hand into the booth for a moment that would just be theirs to share. At a wedding so packed with guests and a roaming photographer there to capture the big moments, the few private minutes the bride and her father had alone in the booth together, pulling funny faces and suggesting props to each other seemed like a true bonding moment. 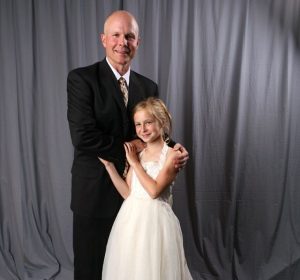 I liked thinking of the duplicate prints they walked away with going up on two different fridges, in two different homes and the beautiful connection there was in those photos sometimes being glimpsed at exactly the same moment.

When you start looking for companies offering photo booths for hire, you will notice that there are plenty to choose from. We highly recommend Quickpix. Visit them today to view their special offers.